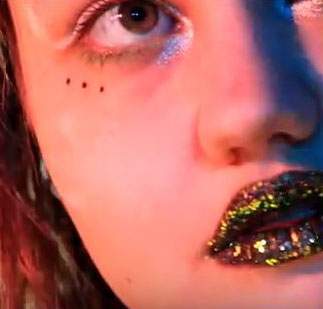 Music Video for “Black Magic” – Toward Space Spring 2017 album, “The Bomb That Fell”, recorded and produced at Sound of Music Studios by John Morand in Richmond, VA. Video directed and produced by Seyla Hossaini and John Morand.

Singer/Bass player Seyla Hossaini says: ” had been obsessed with the occult as a child, I used to play with ouija boards and see/hear ghosts (hence lyrics “footsteps in the attic”) so the song is somewhat of an ode to the times where I believed in magic/kind of evolves into being bewildered by the idea of love or romance and using a childlike mindset of fantasy and magic to guide the difficuties of adult life.”