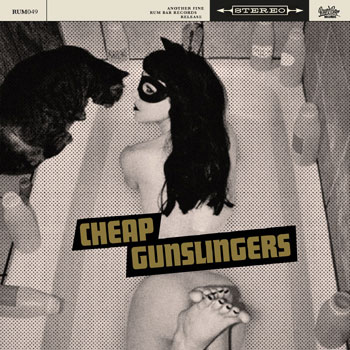 CHEAP GUNSLINGERS formed in 2015 in Florida although their sound has more to do with 70s New York. They also seem to be influenced by The MODERN LOVERS as opening song “Record Store” suggests. Songs like “Good Time” and “Run Girl” make me think about mid-00s punk rock’n’roll bands such as The MYSTERY ADDICTS or LIBERTINE while “Defective” and “Off The Rails” sound a bit like DUFF MCKAGAN solo stuff. “Three Chords” and “Junky Friends” bring the proto punk era to mind and you’ll also hear some T.REX influences in “Please Kill Me” as well as a bit of bluesy STONES in “Bars of The Song”. Good, simple old-school rock’n’roll with dirty guitars. Sometimes you don’t need more! Laurent C.