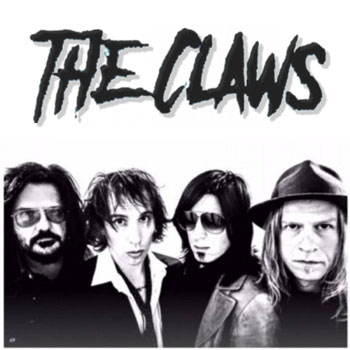 Singer Chad Cherry and drummer Nathan Arling, both members of The LAST VEGAS play in this L.A. based rock’n’roll band that originally started as an acoustic project between guitar player Gary Martin and Chad Cherry. Bassist Terry Love was found later, and the gang was joined by Nathan Arling when he moved out to Los Angeles.
The CLAWS get most of their influences from the 60s and 70s, from “Highwire”/”Wasting Time” and their early AEROSMITH feel to “Moonlight Creepin'” bringing  The ROLLING STONES to mind. The early 80s can also be heard in “Stumbling Around” and its songwriting and guitars that can make you think about HANOÏ ROCKS‘.
The good thing about this EP is that although it definitely has its roots in the past, it doesn’t sound revival or cliché. Four songs is short, but they definitely will make you want to hear more! /Laurent C.