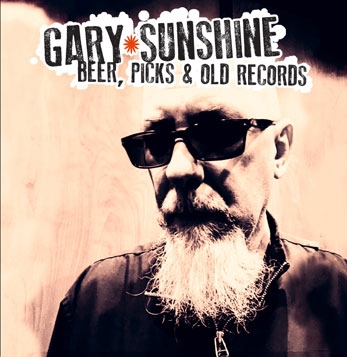 “It’s when the woman of my dreams…oh my god, that’s the woman on the floor…” (-Jim Carroll)

I’m a diehard CIRCUS OF POWER super-fan. When Show-biz Al put his brown leather strides from the Motor video up for auction, I was asking myself if we really needed a car. They made anthemic classic rock for the sleazepunk generation. Their first record was perfect, in my book. Song for song, it was better than The Cult‘s “Electric”, Zodiac Mindwarp‘s “Tattooed Beat Messiah”, or Warrior Soul‘s first album. I loved every song, they inspired my smalltown friends and I to put together our first slapdash band of low budgeted, theatrical shock-rock, pancake makeup and black lacey glam, and cemetery loitering guttersnipes. We had a very short run as the flyover state people’s favorite makeup and leather wearing ghoulish garbagemen, but were banned from the bars for refusing to play Bon Jovi covers, so we busied ourselves throwing extravagant house parties and gigging at redneck hog roasts for overwhelmingly Republican bikers who never knew what to think about us, because while three of us could maybe even pass for bikers themselves all garbed as they were in the Mindwarp leather, and all our bodyguard roadies were very menacing and potentially dangerous motorcyclists; two of us were Nik Fiend and Lux Interior impersonator death rock drag queen, gawky androgynes that the Midwestern wrestling teams and preppies and dumbfuck rednecks all wanted to kill. We took many stabs at covering Circus Of Power tunes that always went over way better with the rowdy farm boys and aging VIet Nam vets that made up our core audience, than the Gun Club and Cramps tunes we also raved through, our originals were pretty dodgy back then. I mainly wrote many protest-songs primarily about how we should all have the right to wear blue lipstick and Aqua-Net in uptight church towns. No one outside of Lower Manhattan had ever heard of Rupaul back then, and the rural community suburbanites were furious over Annie Lennox and Dee Snider and Boy George. Circus Of Power were one of the only groups who ever made us mohawked gothniks, AC/DC hicks, and ridiculously safety pinned and fish-netted glam brats always pile into our desperately unreliable vehicles, paid for with Little Ceasar‘s pizza delivery tips and record store quarters to travel cross-country to see them, whenever they were in striking distance. We’d drive 12-15 hours on a school night! When Circus Of Power opened for the Ramones, we had to leave before the Ramones, to speed-demon our way back to Ohio to be at work in the morning, to pay rent on our tiny shoebox apartment, where we drank heavily, listened to records, wooed heavily hairsprayed women who liked The Cure, and dreamed of someday opening at the Lismar Lounge for our supreme metal gurus, Circus Of Power! They were all great guys, who wrote these beautiful and extraordinary, timeless songs about little witches and white trash queens, that connected with us, in a deeply personal way. Their All-American brand of greasy muscle car rocknroll was always equal parts Lower Eastside sleazepunk, heavy for your head ferociousness and Bowery hardcore matinee guts, but with a totally F.M. friendly, traditional pop songcraft sensibility, like Chuck Berry, Hank Williams Senior, and Creedence Clearwater Revival. When some fans put together a tribute cd to them some years ago, my hoodlum-thundering main henchman and I were crestfallen that our drummer was in the hoozgow, prohibiting us from contributing a track. No one thought to do the song we had picked-out, and hell, we ain’t dead quite yet, so I guess there’s even some faint hope that we might still record our version as a loving tribute to our Circus Of Power idols in the future. If we live long enough.