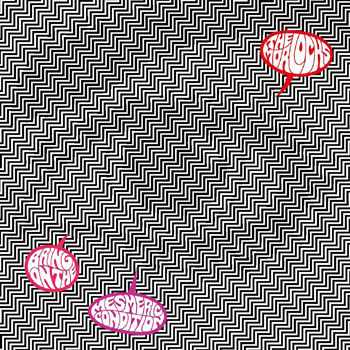 Originally formed in California in 1984, The MORLOCKS have been through various line-up changes and break-ups, but the re-vamped version of the band is now based in Düsseldorf, Germany. The cover of this 7th album will fascinate you as much as it will hurt your eyes, and the vinyl version is released by Germany’s finest rock’n’roll record label, Hound Gawd! Records. While many garage rock bands only strictly follow the style’s rules, The MORLOCKS have always mixed 60s rock’n’roll/garage with 70s wild rock’n’roll and other various influences, and it is obvious from the start on this new record with opening track “Bothering Me.” Songs like “Heart of Darkness” and “High Tide Killer” even bring names like ROWLAND S. HOWARD and NICK CAVE to mind, in a very cinematic way. “No One Rides For Free” and “You Don’t Know (How Young You Are)” both have a voodooish STIV BATORS thing to them, and “We Can Get Together” or “Easy Action” already sound like a garage classics! The MORLOCKS show us how to groove with style in “Down Underground”, and inject a dirty dose of NEW YORK DOLLS meets Detroit rock’n’roll in “Time To Move” and in “One Foot In The Grave.” The spirits of The FUZZTONES, The SEEDS, and 13TH FLOOR ELEVATORS with the attitude of The STOOGES are all in this new album! 2018 is not over yet, but “Bring On The Mesmeric Condition” should definitely be on the top of every “best rock’n’roll albums of the year” list! /Laurent C.

The MORLOCKS on tour: 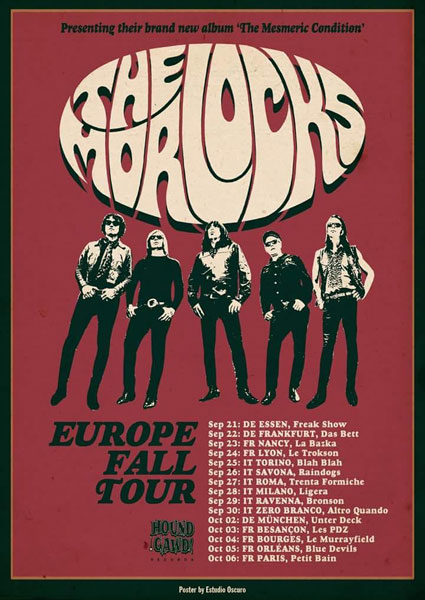