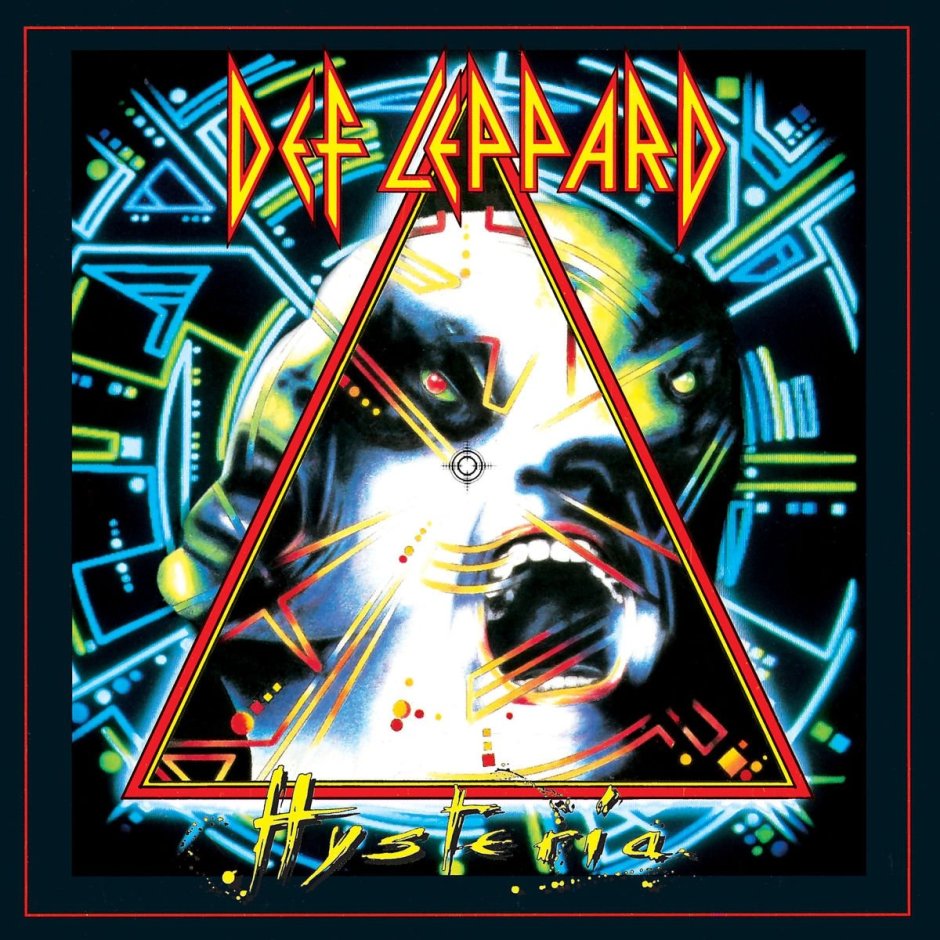 “Hysteria” was released on this day in 1987! DEF LEPPARD wasn’t my favourite band in those days, I was more into sleaze rock and glam metal but there was something special about the band that was growing bigger and bigger while the world was patiently waiting for this promised “No filler” album. Indeed, “Hysteria” was a highly anticipated record since their previous and very successful (over 6 million copies sold !) album “Pyromania” was released in 1983. At that time, 4 years to make an album seemed like an eternity but drummer Rick Allen was involved in a car accident in 1984 and his arm was amputated shortly after due to an infection. He then decided that he could use his legs more than his arms and got a special electronic drum kit designed for him. The band never thought about replacing Allen and he had to practice his new drumming technique for months on his new Simmons kit before being able to play live again. “Hysteria” took over three years of recording and producer Robert John “Mutt” Lange had this idea of making a rock version of Michael Jackson‘s “Thriller” in mind.
The cover art by Satori seemed very modern in the 80s and the album had 12 tracks which was considered as quite long since most records had 10 songs (5 on each vinyl side) but CDs were starting to get very popular despite their high prices. 62 minutes might have seemed confusing for most hard rock fans in 1987 although it wouldn’t be anymore a few years later…

This is a bit of a weird choice as an opener but when you think about it, it sets the mood for the whole album, the huge electronic snare drum, the melodies, Joe Elliot’s voice and the powerful computerized backing vocals.

Staring with a Gary Glitter kind of drum sequence, this song is a tribute to 70s glam rock with modern arrangements. The long bridge in the song almost sounds industrial and hip-hop and it perfectly illustrates Lange’s ideas to borrow from many different genres. A crossover that will become the norm later in the 90s.

I had bought this single a couple of months before the album was released and couldn’t stop listening to it. Moreover, it was one of the rare hard rock songs to be featured in the Top 50 (French billboard)! Steve Clark and Phil Collen’s guitars work perfectly together in this song. A catchy chorus and a slight new wave touch that makes it unique.

In the 80s, hard rock bands had to write good power ballads if they wanted to have a chance to get on MTV and this song seems to be the perfect one to reach wider audiences especially in the United States. It definitely helped.

5. Pour Some Sugar On Me

The last song that was written for the album and now a hit in every strip club in America! The huge drums and the almost rap verses make it fit very well in the rap/hard rock crossover started by RUN DMC and AEROSMITH only a year before and the crowd-pleasing chorus makes it one of the bests selling singles of the band ever.

Maybe the most “classic rock’n’roll” song on the album digging its influences in the 60s/early 70s and a very memorable chorus again. A lot of fun and a very good choice to end the side A of the vinyl since it definitely makes you want to listen to more!

Probably my favourite song on the album. It was based on the opening riff by Steve Clark.The electronic drum sound coupled with Rick Savage’s bass line used to make me think of The SISTERS OF MERCY and it actually still does! Although this is not goth rock, this song definitely has a dark cold war atmosphere which is increased by the war samples and Margaret Thatcher’s/Ronald Reagan’s voice in the last part.

Another classic hard rock song with lots of great guitar riffs and plenty of stadium energy. Joe Elliott’s voice gets closer to the AC/DC influenced songs from the previous albums on here.

One of the best songs on the album, mellow and emotional with a special atmosphere and Joe Elliot sounding amazing! The solos have a bit of a Bowie‘s “Heroes” mood. What a great song!

A good rock song with a bit of an 80s disco new wave/new romantic vibe (Duran Duran…) and a sweet dance rock flavour.

A moody midtempo song with a lovely chorus that puts an end to the album in an elegant way.

“Hysteria” sold over 20 million copies in the world which makes it not only the best-selling album of the band but also one of the best-selling hard rock albums ever! It is also the last album of the band to feature guitarist Steve Clark and there is no doubt that there was a before and an after “Hysteria” for the band as well as for the world. It also started a new approach to production: Recording “Hysteria” with modern technology would take much less time but the way it was made is probably part of the reason why it is still special nowadays. I still own my vinyl copy and still play it from time to time… /Laurent C.