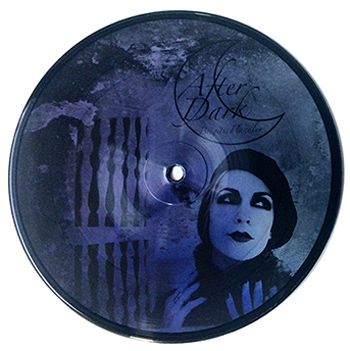 BRIGITTE HANDLEY (The DARK SHADOWS) is releasing her new single in those weird quarantine/lockdown times. Two songs on a beautiful colourful 7″ vinyl picture dic. “After Dark” is a catchy pop song with a dark twist in which you’ll hear early British punk/rock’n’roll influences such as The CLASH in the guitars/bass and 80s goth rock touches. This song would have been perfect as the soundtrack of some cool 80s post modern vampire movie. B-side offers us a remix of “Lament Of A Lost Soul” by MATAHARI RANCH. Dark electronic, melodic vocals and distorted surf rock guitars are mixing together in order to give the song a new interesting aesthetic compared to the dark folk influenced version you can hear on “The Edge Of Silence.” Ordering records may take a little more time these days, but this one is definitely worth it! /Laurent C.