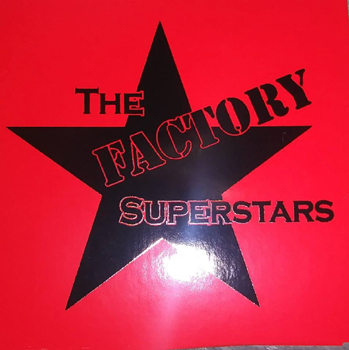 Hollywood Rocker, cult-figure, quick-draw artist, and suave black magician, Evad Fromme lived with the immortal and mythological, galactic kid, Alistarr from the Ultras, on Hollywood Boulevard during the late eighties/early nineties English Acid glitter daze when bands like the purple haired Zeroes, Glamour Punks, Stars From Mars, and the Coma-Tones strutted up and down the walk of fame in eight inch platform shoes. Evad is a stand-out, singular talent, in that his distinctive vision and voice are always expressed in a unique and personal way, he is a quiet genius, with a gift for pure expression, who sees things through his own lens. While corporate media and the bipartisan police state shit-show make it seem like we are trapped hopelessly in a pseudo-echoing Taylor Swift and Miley Cyrus ruling class product, no-exit, corporate purgatory; Evad and his talented friends, are steadily producing this really hauntingly glamtastic gothic cowboy music in the shadows of the Hollywood palms. Wow, it is like very old school, original Alice Cooper band, and the Faces. Lords Of The New Church, Jo Dog and Paul Black’s Sonic Boom, the Joneses, Quireboys, Slow Motorcade, Dr. Boogie. Bandido glam. Desperado rock. Tombstone minds. Best I’ve heard since Tyla and the original Dogs D’Amour were moping around in that graveyard of empty bottles. Evad and I share a lot of common enthusiasms, influences, experiences, and associates, but you don’t always like all of your friend’s bands, right? Well, I love the Factory Superstars, they blow me away, if I was not friends with Evad, I would want to be, upon hearing their very authentic, dirty, hellhound on my trail, switchblade rocknroll, because not everybody speaks our language, anymore. “Call Me The Devil” sounds like a lost track from “Killer” or “Love It To Death”, and it is, and I do! This is exactly the kind of band I’ve been wanting to put together since I was a gloomy death-rock waif first discovering the Alarm and Texacala and Lords Of the New Church! His guitarist, Paul Sanchez has got the silver. Really, the guitar throws down, just like the shag-headed Faces lads-on-the-tiles of golden lore! This is some real sleazy outlaw music, nastier than the Supersuckers or Lazy Cowgirls. Factory Superstars are keeping rocknroll evil, if you were a fan of the Four Horsemen or Hangmen, you will most assuredly also love Factory Superstars. They are really raunchy. They play punchy saloon-punk full of attitude and really reminiscent of the Lords Of The New Church‘s “Gun Called Justice” spaghetti western type stuff. “Lullabuy For Furs” is all western stars and spurs, cactuses, cow skulls, mysterious, scarfaced old wraiths in ammo-belts and black capes riding on black steeds. I love this kind of stuff. Clearly, his music is always right up my bottle strewn alleyway, but the thing I admire and believe in most about Evad is his originality, he always puts his own spin, his own vibe, his own unique poetry into the music, ties his own ribbon on it, which is just so tragically rare and exceptional in these dismal years, when most music is unimaginatively regurgitated, paint-by-numbers, showbiz-nephew, empty- product. Evad is doing his own thing with sincerity, style, creativity, and finesse, seemingly oblivious to whatever is going on in the default-reality straight-world. You might know his drummer, Tony Snow from Dramarama, or Shiteland Ponies. Factory Superstars are kinda like the ritualistic macabre theater of the Doors and scuzzy blues of the Stones “Goat’s Head Soup” spat back out, as a honky-tonk drinking band. Extraordinary.