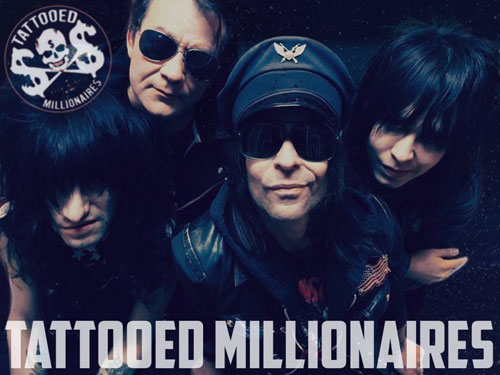 Tattooed Millionaires is an American rock band that was formed in Los Angeles, California in 2004. Led by front man and founder Johnny Jetson, TM has gone through numerous controversies since its formation. They have toured internationally in support of 3 studio albums and received critical acclaim and dubious notoriety.

New Single, ‘I Believe In Rock And Roll’: