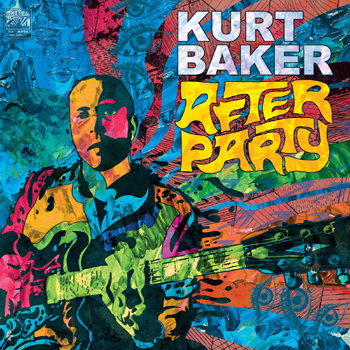 When I started writing reviews a couple of years ago I decided I was going to write about stuff that I love, I just like the idea of promoting music I fall in love with. Some years ago when I was still living in Argentina I discovered Kurt Baker’s music by following some Power Pop blogs, been a fan since then.
When I moved to Spain I thought I was going to catch him live and I did, twice. So when I went to his last show I bought “After Party” and to be honest I can’t stop listening to it. I know for sure this is going to be personal favourite, mainly because you don’t get to buy albums that are 100 % perfect in the year 2021.
This dude carries the flag of amazing old school Power Pop, it’s The Records, Elvis Costello, Nick Lowe, Dwight Twilley and The Flamin’ Groovies all rolled up into one. Of course there’s the beatlesque twist, go and listen to “Waiting For You”, if he wanted to create that atmosphere, then he nailed it with a 1960’s vibe.
I wouldn’t know where to start describing this album because it is literally composed of 12 hits, period. It’s a nonstop dream of Pop bliss and I can’t decide which song is the one that I like the most because it starts with an explosive gem like “New Direction” and the Punk attitude of “I Like Her a Lot”, somewhere in the middle you get some brilliant mid tempo underground inspired song like “Good”, almost mysterious, btw, the album is filled with some kind of monologues that are brilliant.
While driving my car a few days ago I told my wife that “Over You” was my personal favourite here,(that was before listening to the whole album like 50 times) because it has this 1980s hook that is epic”.
Something that is occurring to me since I don’t have that much time to pay attention to albums is that I just listen to them without getting to know the names of the songs, so it makes sense that every time “A Song and Drink” was played in my car I immediately wanted to drink red wine, this could have been a “Burt Bacharach” song, easily.
Kurt sings some kind of apology letter to somebody in “Should Have Been The One” and he says that he “can’t change his ways”, maybe he shouldn’t.
This album is a complete masterpiece for the 21st century, a horrible era for real Rock and Roll, glad to know that some people are still that good and I can still become a fan. /Juan Pablo Mazzola. 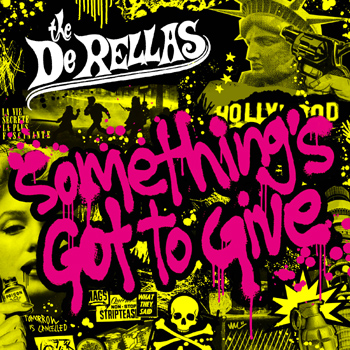 The DERELLAS offered us a glimpse of the new version of the band last year with “Highrise Supersize” and “Inner City Rock’n’Roll”, two early MANICS influenced amphetamine songs that you’ll also find on this brand new album. The band describes the tracks of the new abum as “songs of defiance and hope, fear and LUV for the 21st Century” which is quite an appropriate description. Opening with “Don’t Tell Me What I Did Last Night”, a heavy rock’n’roll/punk song with a slight ZODIAC MINDWARP touch in Timmy’s vocals, the band then offers us some razor-sharp ’77 punk with “Underground LUV.” Speaking of “LUV” you’ll hear a bit of NEW YORK DOLLS in “Emergency 2020” and you’ll find quite a few good decadent anthems like “Soho Hotel” and “Life’s Crashing”. “Pressure Gonna Get You” brings a touch of 90s noise rock to the album, “Sweet Fatal Attraction” is a pretty good glam punk tune and Timmy’s voice gets to the edge in “Sonic Detonator”, you’ll even hear a bit of DEAD BOYS in “Our World Tomorrow”! This is spray-painted rather than polished and you’ll probably luv it! /Laurent C. 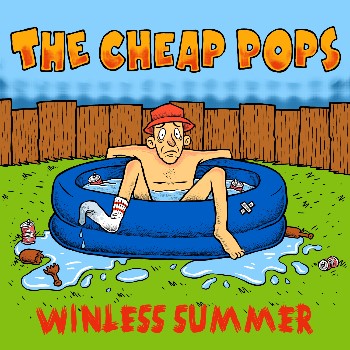 The CHEAP POPS are a pop punk from Germany. They’ve probably used their Lookout records after intense listening hours. You’ll get the short and fast songs with melodic vocals and the kind of things you’re expecting from a band in that style. “Star Wars” sounds like a mix of RAMONES and NO FX (although they don’t have only good things to say about Fat Wreck Records in the song “Fat Wreck”) and “Slobs” and “Beavis and Butthead” are good teenage summer songs. The CHEAP POPS say goodbye in pure punk style with a catchy “Shut Up.” They describe their album as “Short, fun and careless” which is quite a good description for it! 90s pop punk enthusiasts, go for it! /Laurent C. 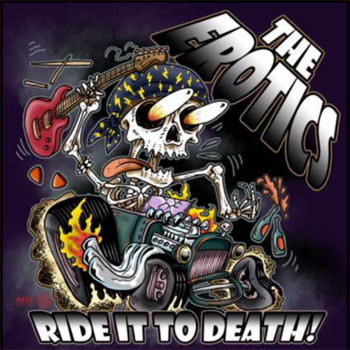 Following their 2020 release “Let’s Kill Rock’n’Roll”, this brand new EROTICS EP has been produced by Don Fury again. “When The Wolves Are Howlin'” opens this new release with some killer glam metal guitar riffs and a chorus that could have been on a WASP album. “Scream Like A Demon” offers us some good heavy rock with a bit of biker rock thrown in it while “Ride It To Death” has a bit of early MOTÖRHEAD in it. You’ll dig “Bless Your Heart” if you like 70s KISS and the last song “Can I Sit Next To You Girl” is an old-school rock’n’roll song with a verse à la ROSE TATTOO. The EROTICS are alive and well and haven’t managed to kill rock’n’roll yet! /Laurent C.