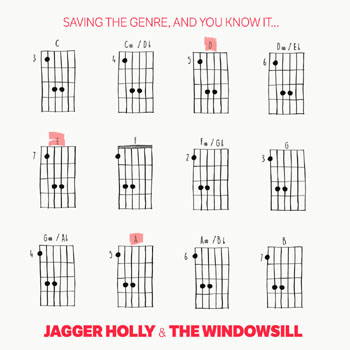 I haven’t reviewed any split records in a while, so here’s one of two punk rock bands, JAGGER HOLLY (US) and The WINDOWSILL ‘The Netherlands.) JAGGER HOLLY plays pop punk the way it has to be played, short songs with sweet melodies, sometimes with a RAMONES touch (“Out Of Luck”) and a bit of late 70s American new wave in “All The Boys” as well as 90s emo (“Better Off Without You”.) The WINDOWSILL is the band of Marien Nicotine (ex-APERS) and they open their side on a RAMONES riff (“Cigarettes Kill”) before they rock to the mid-tempo and sunny “Don’t Worry Baby.” Their Californian side also shows in “Leads Back To You” and in “Last September” which will probably bing some sunlight to your dark winter and make you get back on your skateboard earlier this year! This record is available from Hey Pizza Records and Shield Recordings. /Laurent C.