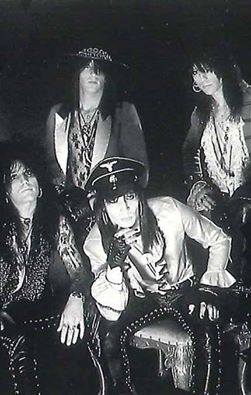 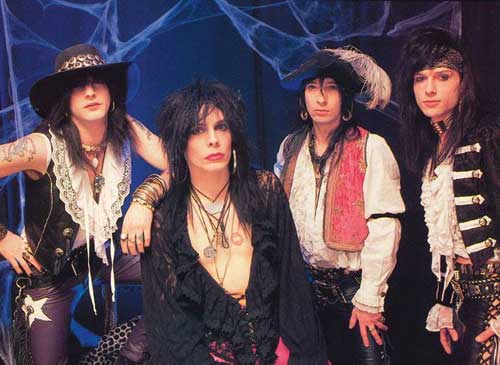 In 1989, Kill City Dragons were one of the hottest band from the London (UK) scene and almost made it big !

Founded by New York guitarist Steve von Saint (Angels in Vain, Stiv Bators and his evil boys) and the rhythm section of The Lords of The New Church, Dave Tregunna (bass) and Danny Fury (drums) the line-up was soon to be completed with the arrival of Billy G.Bang! on vocals, a veteran from the New York Punk scene.

Already tagged as ‘the next big thing’ before their first gig at the mythical Loose lips club, rock fans flew from all over the world to see them perform on stage. Even Nasty Suicide (Hanoï Rocks, The Cherry Bombz) was there to join the band for the Encore.

Lots of coverage from the Music press, something like 100 shows in a year -with many headlining gigs at The Marquee-, one E.P., a major record deal on sight, the future looked bright until the departure of Dave and Billy (soon to form Shooting Gallery with Andy Mc Coy) in late 1990.

After releasing an album (an extended version of the E.P. plus 3 live tracks actually), Steve and Danny decided to find suitable replacements. While Mark Anthony (The Bombshells) soon joined them as bass-player it was to be more tricky to find a new singer. Finally after a year of searching across the UK and USA, Johnny Stevenson (Dawn after Dark) came on board.

Early 1992 the band were back on stages getting rave reviews. A few new tracks were recorded with one of them to appear on an ‘only British bands’ compilation and another record deal was on the verge… but once again, the singer and bass-player split. Soon after that Danny went to the USA to join the band Vain.

Now the band is back ! At least on a virtual way, thanks to the Internet, and a website is up: http://www.killcitydragons.co.uk

What for ? Well, 25 years ago Kill City Dragons were ready to take over the world and we know there is people out there who’d like to celebrate the glorious old days with us.

Unreleased material will see the light of the day in the coming months so spread the word and stay tuned !

In the meantime check out Danny Fury’s Tango Pirates music and support the band’s funding campaign.