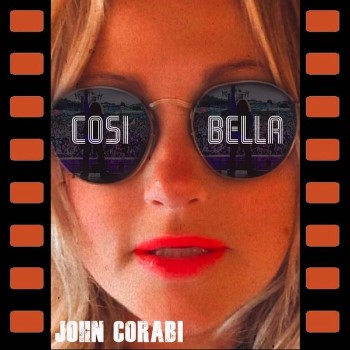 The song is available now on all digital platforms: https://ffm.to/cosibella.

Cosi Bella (So Beautiful)” was produced and co-written in Nashville, TN, with Marti Frederiksen (Aerosmith, Ozzy Osbourne). “Cosi Bella (So Beautiful)” is the first of several new singles coming! “Cosi Bella’ came about from a writing session I did with Marti for The Dead Daisies ‘Burn It Down’ record,” states Corabi. “I had the initial verse idea, and a chorus that didn’t quite work for the tune. I played it for Marti, and he liked the idea but gave me a better idea for the chorus. We recorded the rough idea on my phone, with both of us just scatting the melody. The Daisies heard the idea but felt it didn’t quite fit their format, so I put it to bed for a bit.

After leaving the band in 2019, I started to revisit old ideas I had and sat down and recorded the track. Being new to ProTools, I took the song as far as I could and sent it to Marti to produce. I explained the song was musically inspired to a degree by ‘Penny Lane’ by The Beatles and ‘Killer Queen’ by Queen, so Marti and his son Evan recut the drums and bass, and added some horns, and sprinkled their magical fairy dust on the track to give it that shiny polished sound! I wrote the lyrics, and after singing the song, I felt ‘SO BEAUTIFUL’ was kind of an average title, so I looked those words up in a translation app and found it in Italian (Cosi Bella) and felt it had a nice ring to it! It’s not what some people truly expect from me, but I LOVE the way the song turned out, and it’s just a happy little upbeat love song with a twist! I hope you enjoy it as much as I do.”

John Corabi is a true Journeyman in the hard rock world, including stints as lead vocalist for The Scream, Mötley Crüe, The Eric Singer Project (ESP), Union, The Dead Daisies, and as guitarist for Ratt.

Following the 2015 debut album, “Lipstick II” takes us to another colourful space travel starting with “On The Eve of The Attack”, which sounds like a quite surprising mix of BOWIE and MEAT LOAF! “Fight Back”, “Cha La Head Cha La”, or “Girl Dressed as a Sailor Moon” have a more 80s L.A. glam metal sound, and sound quite catchy.
The album was recorded with many guest musicians, so it adds more variety, and songs like “Stop”, “Love of Some Kind” and “Teenage Girlfriend” have big theatrical elements to them which fits well with the image and concept of LIPSTICK. Some glam punk/70s glitter traces can be found in “Fake Nerd Girl”, “Rock’n’Roll Anime Girls”, “Stop Drop and Rock’n’ Roll”, “Christmastime Machine”, or “Gotta Eat When You Can”, and you’ll even hear some ska punk in “Lipstick Encourages You To Have Fun at our Show but not at the Expense of other Concertgoers”…
15 songs is a bit long for an album in that style, it probably would have been much better as a 10 song record, but it doesn’t ruin the fun./Laurent C. 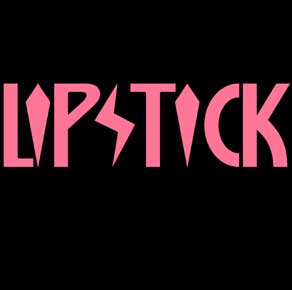 Introduced as a band that was formed after their lead singer and leader, Greg Troyan travelled through space, LIPSTICK is a theatrical glam influenced band from Nashville, TN. While you’ll find a good dose of L.A. glam metal in songs like “We’re Here To Rock You”, “The Conan Song” or “Alone”, LIPSTICK also brings 70s KISS, or the NEW YORK DOLLS to mind in “I Like The Way I Rock”, or “Having Fun.” The production is quite raw and sometimes reminds me of the early 90s Sunset Strip bands demos, which isn’t a bad thing to me, although a bubblegum rock, glitter pop song like “Tonight” would probably sound better with a bigger production.
While this album’s mood is definitely fun, LIPSTICK gets to surprise us with the last song, “I Want The World To Know”, a sad piano ballad that sounds way better than the typical power ballads you can hear on most glam metal revival bands nowadays.
LIPSTICK‘s colourful universe also seems to be connected to its members’ interest in anime, which probably makes them very Japanese friendly!
“Rock’n’Roll Forever” perfectly sums up the band’s spirit, and if you think that fun, fantasy and flamboyance have been missing for too long in music, then this album is for you./Laurent C.