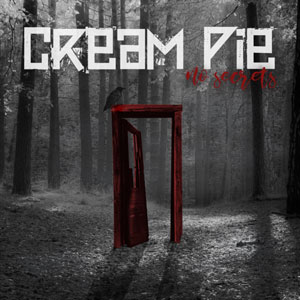 Italian band CREAM PIE has been around for a while since they started rockin’ in 2007 in the South of Italy, then later moved to Milan. On this new abum, opening track “Downtown Pirates” displays some classic modern sleaze metal, but second song “Away From Me” shows us a darker, heavier side of the band’s music, while “Naked” definitely heads to the melodic heavy metal direction.
Fans of 80s US hard rock will love “Givin’ Up”, bringing SLAUGHTER to mind, while “It’s Gonna Be Alright” has a bit of a TIGERTAILZ (Kim Hooker era) and SKID ROW feel to it. If you need more comparisons, let’s say that “Disasterpiece” has a bit of a BRIDES OF DESTRUCTION vibe… The cherry on the cake here is “Friendzoned”, a cool colourful glam metal tune that will make you want to listen to it again just after it stopped.
I’m not sure if this album needed two ballads, but apart from that, it does a good job, and if you’re into high-pitched sleaze metal like BLACKRAIN, big chances are you will love “No Secrets.” /Laurent C. 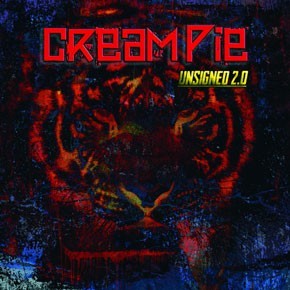 There’s probably been more glam metal influenced bands in Italy than in all the rest of Europe these last ten years, it’s like a neverending flow! CREAM PIE already have a few EPs and an album, and they even toured in the US in 2008 and in 2009, but this 7 song release actually shows more Scandinavian influences, especially HARDCORE SUPERSTAR when it comes to adding metal to sleaze rock. It sometimes works well (“See Ya Later”, “Bad Habits” or the bonus track “Missin’ You”), but also slides into territories that are a bit too metal for me (“The Evil Inside” or the epic power ballads “Such a Psycho” and “No Love Remains.”)
Singer Rachel O’ Neill has quite a high-pitched voice at times, reminding of bands like SLAUGHTER or more recently BLACKRAIN (especially on “Tiger”.) So, if you like your sleaze rock with a heavy dose of metal, then you know what to do!/Laurent C.