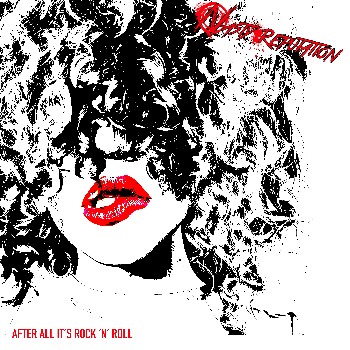 NASTY REPUTATION have been around for a while now since they started in 2007 but had to face many line-up changes. They released their sleaze rock single “Slut Machine” a few months ago and here they are now with a full album under their arm. “Line Of Fire” has this Swedish hard rock vibe that is now famous around the world while “Riot In Hell” is leaning towards the glory days of NWOBHM. “Suicide” slows things down and offer us more melody in the chorus but that’s just before “After All It’s Rock’n’Roll” takes us right to the Sunset Strip! “Hit On You” shows us a more heavy metal side of the band before the very arena rock “These Times.” I personally like it better when the band gets wilder with a song like “Freeride” or “Wild at Heart.” Definitely worth checking out! /Laurent C.