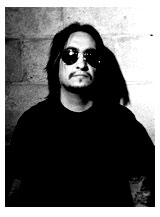 Hello from the streets of Hollywood, it’s been a minute, but I think things are finally kicking up again around town in the rock n roll scene, so here I am! LA has been surviving on Jam Nights and events put on by Jake from the Whiskey, in the Rainbow Bar & Grill parking lot and at the Whiskey a Go Go. I am most looking forward to one of my favorite bands, Rose Tattoo, coming in May and others like 69 Eyes, but mostly it is hair bands from the 80”s mixed with some punk bands like Fear, that are keeping things going on the Sunset Strip at these events. Cool bands continue to swarm LA and thanks to the Jake at the Whiskey A Go Go and the Rainbow Parking lot parties for stepping up! In the area of Heavy Metal, Metal Assault Productions are keeping things alive by booking weekly events all over the LA area, and putting out cassette/digital comps with the bands they feature, and hats off to Andrew B. for that.

Bands making noise around town, mainly off the strip in the downtown and Valley venues:

The Hots- Newish punk rock group headed by veteran guitarist Ronnie Simmons and his hot wife. Good punky hard rock n roll stripped down and dirty, with great punchy guitar playing and energetic live performances. Simple, Raw and Powerful, recently opened for Ace Frehley dates in Cali. and due to be the main support on the long overdue Rose Tattoo 2020 US tour. They have great videos and samples online on all the usual online media platforms.

Michael Des Barres and the Mistakes- Michael is back in the game strong with his new group made up of Hollywood music veterans like Loren M. from the Dogs and current big wig with Black Star Amps on guitar and Matt Starr on drums. Playing straight up catchy rock n roll with his British swagger, most recently at a weekly residency at the Redwood in Downtown LA, which I believe has yielded a soon to be released live release. Michael is one of my favorite singers, I always used to catch his cover band the Usual Suspects with Steve Jones and Mick from Slaughter and The Dogs back in the day, and of course the good stuff from Checkered Past. Keep an eye out and support the online sites.

The Darbies- Young Guns from the gutter!!!! Loud rock n roll band roaming the streets of LA and the US on recent tour in support of LA Guns. These guys are produced by Alex Kane from Life, Sex & Death, and they are straight up rock n roll like their Hollywood heroes that have come before. They got youth and drive on their side, and are reportedly living in their tour van in LA and on the road, so they got nothing to lose and everything to gain! Check out their sound and videos online and trip on the energy and excitement.

Steelwitch- Hot new NWOBHM band featuring Ed Gage on vocals/guitar and Tim Shelton on drums from the LA Death Dolls/Rebel Rebel and newcomer Bryan B. on guitar. Disclaimer now, I am playing bass for this badass group!! LOL But we are having so much fun blasting metal in the vein of Dianno era Maiden and Venom, that I had to give us a mention. I got involved due to my love of early 1980’s metal and loving to write songs in that vein. We have an EP on ITunes and are currently writing for a full release. Check it out if you like the bands that were on the NEAT Records label. We play the Rainbow Metal nights and a lot of the Metal Assault nights around town. ftwrecords.com

The Claws- Keeping the glam blues tradition of Hanoi Rocks and the Dogs D’ Amour and early Black Crows swagger alive in Los Angeles. New record out on DeadBeat Records and featuring singer Chad Cherry of the Last Vegas, these guys are playing every dive in LA to spread their glam rock message. Definitely worth checking out if your into the Faces and like minded bands of the 70’s.

Angel @ The Whiskey A Go Go
Legendary band from the 1970’s returned to LA with original members guitarist Punky Meadows and singer Frank Dimino. This gig was in support of the new release on Cleopatra Records, and the club was packed as Punky and Frank have not recorded or performed Angel music live together in decades. I had witnessed both of them perform solo in recent years in support of their solo records, but this was a rare treat for this massive Angel fan. The band featured great support players and the music was tight and they were clad all in white, like the old days. It was great seeing Punky and Frank play classics like the Tower, Wild & Hot, Don’t Leave Me Lonely and Can You Feel It, as well as running into the usual old school Hollywood Rockers like the Zeros, Chez from the Hollywood Stars, Tim from London/Spiders N snakes and Marky from Revlon Red. Punky still has his skills from his youth and Frank’s voice is as strong as it ever was, a must see if they hit your city!!!!

The Cocks @ Petie’s Place
This place has become the new go to place for live shows in the Valley, with everyone form the Claws to Pretty Boy Floyd jamming here recently. On this night I came to see the gay themed and Turbonegro influenced band led by singer Jay and guitar player Tchad, ex Pretty Boy Floyd. They are a scrappy trash punk rock band with songs almost exclusively related to sucking dick! They have songs about Jerry Cantrell’s supposed big dick and the like. LOL I dig them as much as the Impotent Sea Snakes back in the day, who had a similar theme and vibe, glammy punk rock attitude with catchy songs. These guys put out more energy into their live show than most bands around town, hands down, a must see when in LA. You can find them on Facebook and Instagram, or playing all the dive bars in the LA area. The band reports a debut release is coming soon!!!

Villains in Vogue @ Universal Bar and Grill
Another cool punky glam rock outfit ruling the scene currently, featuring veteran Hollywood and LA rockers. I’d previously seen this group as a five piece wit 2 guitars but this night they were stripped down to one guitar, and they sounded loud and full! Guitarist Justine Sane is the principal song writer and Mick Scott is the energetic lead singer, ex Anna Black, who is a modern day Iggy Pop/Johnny Rotten, throwing himself around the stage and venturing into the crowd via walking on the bar! Good voice and great stage presence, and the rest of the guys are top notch musicians with stand out songs being “Be One Of Us” and the cover of the Elvis Costello song “Pump It Up”. very good live act and waiting on the recorded product. See them on Facebook/Instagram.

The Hollywood Stars @ the Whiskey A Go Go
Another band from the 70’s that reformed to continue their local legend legacy! This band wrote songs for KISS and Alice Cooper in the 70’s, most notably “King Of The Night Time World”, penned by Marc Anthony, since deceased. Replacing him in the new lineup is New Mexico native and Hollywood survivor Chezz Monroe, ex Kids Of Chaos. The band put on a themed event, complete with glam retro support band and DJ’s, as well as being MC’d by Radio Legend Rodney Bingenheimer. The place was packed to the rafters, and the band was tight and clean, just like the major label records they released in the 70’s, but they are just not a retro act, they have a new release out of unreleased material, as well as plans for a new music release. There are also plans for a West Coast tour and upcoming local LA shows. Catchy songs and tight and polished live show, welcome back boys!!! See them on Facebook and Instagram.

Lizzie Grey Memorial @ Whiskey A Go Go
This event featured Rebel Rebel, Molly Vamp and Spiders n Snakes, as well as the Billtown Allstarts from Penn.
This was a memorial/ fund raising event for Lizzie Grey and his family and to bring awareness to Lewy Body Disease. The London/Spiders N Snakes legend lost his battle to Lewy Body Dementia Disease and the Hollywood rocker community wanted to show respect and honor him. Thanks to Jake @ the Whiskey for providing the venue, even when he could have booked a lucrative rap event that night. My group, Rebel Rebel, played our usual fast paced shock punk rock set, and Molly Vamp provided the gothic themed hard rock, both acts being vets of playing shows with Spiders n Snakes over the last decades. Billtown Allstars from Penn. provided the killer hard rock/metal cover tunes and the evening also featured a jam with past Spiders n Snakes/London and friends, and ending with Spiders N Snakes remaining members taking over Lizzie’s vocal duties for a roaring killer set, and featuring Betsy from Bitch and Jet from Rebel Rebel closing the night with the Lizzie penned Motley Crue song “Public Enemy #1”. Notably absent from the event was Nikki Sixx, who Lizzie gave his start to in the band London, but he did have time to attend Comic Con in Downtown LA that day to appear on a podcast, what a great guy. There were also other “famous” rock stars that Lizzie gave their start, that should have been there that were not, but a lot of money was raised for Lizzie’s wife and kids and awareness for Lewy Body disease as well, and the turnout of fans and supporters was awesome. I was personally disappointed by the lack of many local veteran rockers that played with Lizzie’s bands, and played on the same bills, from starting in the 1970’s to present, that did not bother to attend, but that I see out drinking at the Rainbow and the various Jam nights around town.