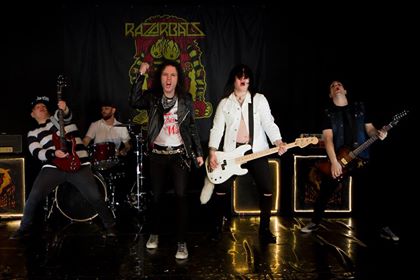 “Social Rejects” is a sing-along powerpop anthem dedicated to all the outsiders of the world and the first single from their forthcoming album. With a killer riff and a chorus that immediately gets stuck in your head, the band invites us into a world of alienation, insecurity and unrequited love. But maybe there’s hope after all?

Two years ago Razorbats released the single “Kids of the 70s” and got a lot of airplay on rock radio in Europe, college radio in the US and mainstream radio back home. The album it was taken from, Camp Rock, received great reviews from rock critics all over the world and was named album of the year by American rockzine Glitter 2 Gutter, in addition to featuring on several music journalists best of list for 2015.