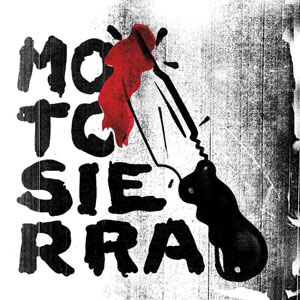 South American (Uruguay) speed rockers MOTOSIERRA have been around for almost 20 years (they have released three full lengths, several split LPs and singles)! Here they are back with two songs on Spaghetty Town Records (Atlanta, USA.)
“Buzo Nuevo” starts as if you were in the band’s rehearsal place and delivers a good dose of power rock with a MOTÖRHEAD feel and angry Spanish vocals. “La Marcos” gets more into the punk territory, speed rock’n’roll at its best for ZEKE fans!
I wasn’t familiar with MOTOSIERRA before, but this 7″ is a great introduction to them! /Laurent C.